India’s Holi Festival: All in the Name of Fun 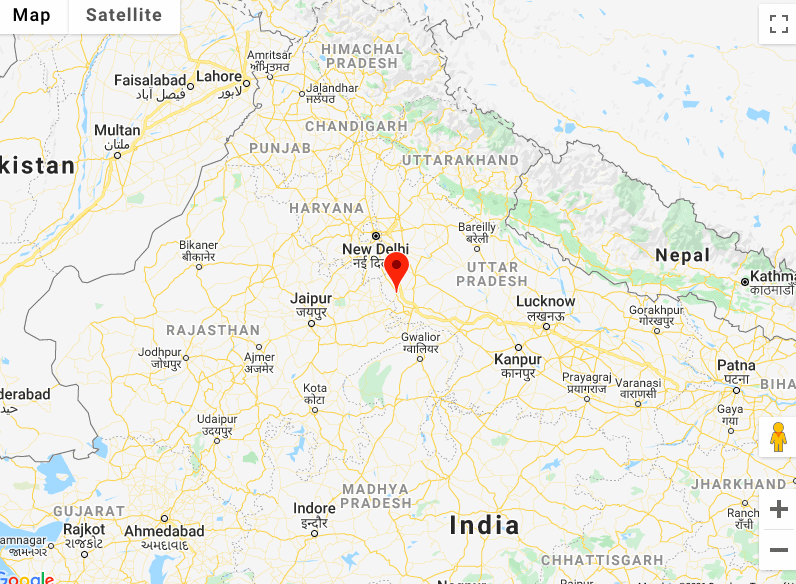 Holi: The Festival of India with a lot of fantastic colors

What do you get when you cross a kaleidoscope of color with April Fools Day and a touch of urban guerilla warfare? I found out when I went to India to bear witness to Holi.

Of the many festivals in India, Holi, the festival of colors, is the most vibrant and joyous. It is a unique celebration in that India shuts down and people take to the streets to douse each other in colored powder, or gulal, and literally paint the town red.

It is also one of the few occasions in India where cultural norms are suspended, all in the name of fun. Distinctions of caste and religion are forgotten. Men and women can mix freely and many engage in otherwise shockingly inappropriate public flirtation.

The normally forbidden consumption of alcohol and bhang (a derivative of marijuana) is tolerated and used widely to help shed inhibitions and fuel the rowdy atmosphere. Although the festival is rooted in Hinduism, the actual celebration has very little to do with religion.

The Epicenter of Holi

I arrived in Delhi and promptly boarded a train to Mathura, a small town in Northern India rumored to be the epicenter of Holi fun.

Situated on the Yamuna River, Mathura is the birthplace of Lord Krishna and a major pilgrimage site for Hindus.

The day before the festivities kick-off, I am encouraged to check out a pre-celebration at a temple in nearby Vrindavan. Approaching the Banke Bihari temple in Vrindavan it looks as though a riot is taking place outside.

As I get closer I realize that the blinding mob of disorder is actually the line to get inside the sanctuary. Entering the perimeter of the temple I am immediately swept up by the technicolor tornado of humanity that circles the temple.

Carried along with the flow of bodies I am confused and anxious, thinking seriously about survival. Eventually, I am deposited in the temple which resembles a giant opera house. On the floor, thousands of hysteric merrymakers jostle for space.

The pandemonium is contagious and instantly infects each new body. As a clean newcomer and a visible foreigner, I am an attractive target. Without delay, I feel hands on my face smearing bright pink gulal all over my cheeks and hair.

Next, there is silence as a reveler fills my ears with purple aerosol foam. Oversized syringes spray colored water on my face at point-blank range. It stings my eyes and enters my mouth.

Just as I am contemplating how long it will take until I begin to experience the symptoms of cholera, a kind man takes my hand and leads me through the mayhem and up a staircase to a balcony where a TV crew is perched along with two other shell-shocked travelers.

A Rainbow of Haze

From above I can see that the mob faces a stage where ten emcees are dousing the raucous crowd below with colored water. A colorful rainbow of haze hangs in the air as fistfuls of gulal explode like a never-ending 4th of July.

Many are dancing, clapping, and singing. When things eventually die down, I manage to make a getaway back to Mathura, feeling slightly defeated but vowing to be better prepared for the next morning.

The Search for Ammunition

On the morning of Holi, I am briefed by the hotel staff that the festivities will last from 8 a.m. until noon. The streets are quiet at 7 a.m. and I wander around cautiously searching for ammunition. Unusually large syringes, or pichkaris, are the weapon of choice among Mathura’s Holi foot soldiers.

A street vendor advises that if I will be “playing Holi” from a rooftop I should invest in a large bucket. I opt for the pichkari instead and grab a few bags of what I’m assured is “number one best quality” magenta gulal.

I manage to persuade four boys to let me join their militia after boasting of extensive military experience with the Canadian Armed Forces (a lie).

At 7:30 we lay claim to our turf and take up key positions. The boys station me at a strategic corner and we wait. Within seconds I am under siege by the boys’ true accomplices who lob pink water balloons down from the rooftop.

This deceit and betrayal do not faze me. I quickly find shelter and chase the boys away with an awesome display of waterpower. The day is underway and with each passing minute, Mathura’s people are spilling out into the narrow streets.

No one is spared; even the cows and donkeys blossom into psychedelic works of art. I spend the remainder of the morning on a third-story balcony with a family of snipers who share homemade samosas and fresh ammunition with me.

By twelve noon, the streets of Mathura are covered with pink flower petals while people, exhausted and intoxicated, slowly retreat to their homes to exchange tales of epic battles with family and friends.

For me, the Holi experience is a concentrated microcosm of traveling in India. This celebration of life is passionate, colorful, bizarre, beautiful, and chaotic, all words that best describe this land which I seem to be drawn back to time and time again.

India is not a place you go to see, but rather a place to experience, and there are few better ways to experience it than Holi.

Brent Lewin is a freelance photographer from Toronto who has traveled extensively in Thailand, India, Myanmar, Nepal, and Afghanistan. Visit his website BrentLewin.com.